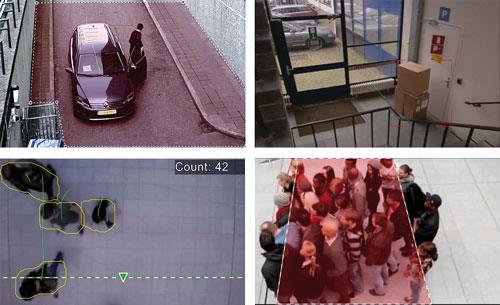 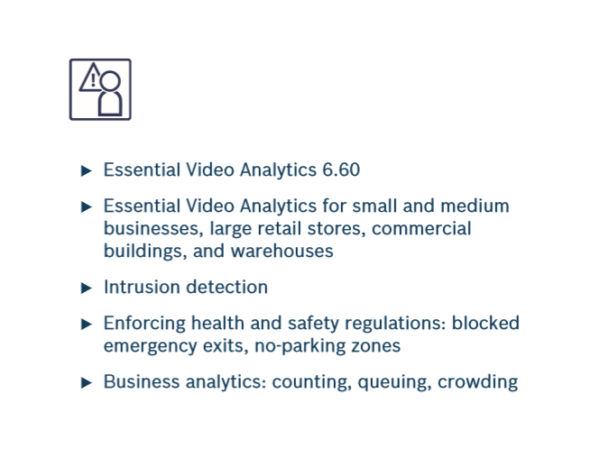 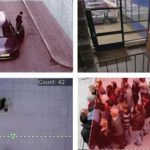 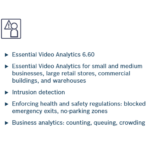 Essential Video Analytics 6.60 by Bosch is the system of choice when you need reliable video analytics for small and medium business, large retail stores, commercial buildings, and warehouses. The software system reliably detects, tracks, and analyzes moving objects while suppressing unwanted alarms from spurious sources in the image. Advanced tasks like multiple line crossing, loitering, crowd density estimation, and people counting are available. Object filter based on size, speed, direction, aspect ratio, and color can be defined. For calibrated cameras, the software automatically distinguishes between the object types upright person, car, bike, and truck. With Essential Video Analytics 6.60, ease of setup has been improved by providing scenario defaults and allowing alarm field combinations via the user interface. It allows you to record all of the object information and change the rules even after the fact for fully configurable forensic search.

The following alarm and statistic tasks are available: